The Most Kickass American TV Commercials of All-Time | | Digipanda Consulting

The Most Kickass American TV Commercials of All-Time

Fellow competitor being IBM, Apple decided to hire movie director Ridley Scott for this thought provoking, yet a genius advertisement that managed to challenge the viewers to think out of the box and select the upcoming Macintosh rather than the other flat boxes. The powerful message: Avoid creating a society that could be compared to George Orwell’s unnerving novel 1984. While Apple nearly pulled the advertisement because of a fear of the response it could create, we’re happy they didn’t. It showed what Steve Jobs was prepared to do, and his enduring confidence to take the company on its own path toward success. Film Director – Ridley Scott

This 2012 Passat commercial is popular even today because of the ongoing revival of Star Wars series. In this ad, a young boy in a Darth Vader costume strolls around his house attempting to use “The Force” to move anything in his home. Clearly disappointed, he runs outside when his dad arrives home to urgently attempt one final attempt. He outstretches his hands toward the car, and well, his response to what occurs next is precious. It’s no surprise that this advertisement has turned into a much- loved Super Bowl video. Agency – Donny Deutsch Advertising Inc. Film Director – Lance Acord

Chances are that you jump up even today if somebody yells “Wassup!” with his tongue outstretched. That is sooo ’90s, isn’t that so? However, back when it initially was aired, Budweiser figured out how to make a popular culture phrase through this single advertisement, which prompted a series of others throughout the following years. The most entertaining follow-up came two years after and included a group of Caucasian guys with their significantly more,” er”, refined version, called “What are you doing?” Film Director – Charles Stone III Agency – DDB Worldwide Communications Group Inc.

You can’t keep your eyes off this teenager swaggering down the road doing his own insane “dance” to Control Machete’s Si Señor. As he bops to the tunes playing from his earphones, his legs, outfitted with a baggy pair of Levi’s jeans, appear to take up a life of its own. As he is strolling by a store, even his reflection on the windows seems to have its own moves. This is one ad that you won’t be able to take your eyes off. Agency – TBWA/Chiat/Day Film Director – Spike Jonze

E-Trade by one means or another figured out how to make investments popular and cool with these clever E-Trade baby series of ads that showcased delightful little ones discussing the significance of trading and investing. The quirks, lip movements, and comedian Pete Holmes’ voiceover just made these advertisements too cute to resist, made it impossible to not laugh at, and had all of us prepared to hand over our portfolios to the savvy, little representative. Agency – Grey New York  Film Director – Randy Krallman via Smuggler

6. Old Spice – The Man Your Man Could Smell Like

The absurdist, nonsense humor of Old Spice’s viral 2010 hit was made of and for the Internet meme era. The continuous-take ad was a runaway achievement on the web, and solidified Old Spice’s brand voice—where did those diamonds originate from, anyway? Agency – Wieden+Kennedy Film Director – Tom Kuntz

7. Snickers – You’re not You when you’re Hungry/Betty White

Laughs’ 2010 advertisement highlighting a 88-year-old Betty White laid the structure for the chocolate brand’s presently recognizable “You’re not you when you’re hungry” tagline, turning into a viral hit in its own right. The popularity of the ad was a proof of the five-time Emmy winner’s all-time charm as an actress. Agency – BBDO

This tearjerker demonstrates that behind an Olympic competitor, there is a group of individuals who self-sacrificed to encourage him or her accomplish a dream. “Thank You, Mom”, which ran amid the 2014 Sochi Winter Olympics, is Procter and Gamble’s spin-off of its 2012 success, “Best Job” which praised female sportspersons around the world. Film Director – Jeff Nichols

Here’s an awesome case of how to make the client feel like a superstar just the way that this child is the hero in this one, standing up and protecting his mother – and his Doritos. One thing individuals frequently overlook is that Doritos started a movement where they let customers develop the ads. “Slap” was created by a few aspiring filmmakers. Not only did they make the consumer the hero, the producer was also the hero. Agency – Goodby Silverstein & Partners 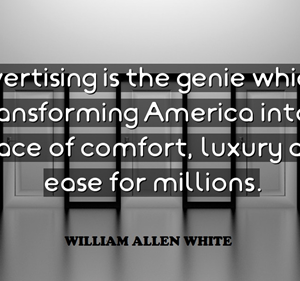