Advertising at its Best | | Digipanda Consulting

Advertising at its Best

Imperial Blue – “Men will be Men” In the beginning (Advertising), God made the beautiful and charming Eve. After that God made other creatures: animals, insects, birds, fish and then the best of all ‘Men’. But at that point, men had this ability of turning themselves into any other animal. This left Eve longing for men, but men were happy being in any other form than human. Irritated by this ever-changing nature, Eve did ‘kathor tapasya‘ and then God was satisfied.  God asked the reason for such vigour. Eve answered, “Dear God, I am charming and beautiful. I spend thousands on shopping and parlour. My beauty is out of this world. Still, ‘men’ are not after me and keep changing form. I don’t care for any life other than man. Do something”. God being satisfied, grants her the wish, “Don’t worry from now onwards – Men will be Men”. This was how the expression came into existence.  😉 “Boys will be boys”

Time after time, Imperial Blue’s ad commercials have managed to engage its audience with dry humour and the two-line ghazal. But what makes it stand apart? The ‘Men will be men’ slogan is the brainchild of Ogilvy and Mather and has been running effectively with the alcohol brand for more than 18 years now. In the advertising industry, this is called ‘slice of life’ advertising or ‘surrogate situational’ advertising. Since there is a prohibition on promoting liquor in India, usually these brands utilize products which people  find everywhere but are not necessarily bought, like: music CD, soda, water etc,. You would have seen McDowell’s Music CDs, Bagpiper Soda, and so forth. Similarly, Seagram’s showcase humoristic ads but in reality are advertising their own whisky brand. The Seagram’s Imperial Blue campaigns are based on a key human understanding that ‘confident men take on life with optimism’ and it is comprised of real-life elements displaying how men carry themselves around and in front of women. They even go the extra mile to put on a show of being refined men, however, they are still hopeless romantics (read: love fools), going berserk at the very sight of a female. This universal positioning of their campaign cuts across gender, age, geography, race, and is even executed in a very straight forward manner.

Expressions of both these men when the woman appears, is timeless! Such a tragedy, when he realizes that she had asked that empty seat for her grandfather.

Full of downplayed humor, these ads attempt to target the dynamic, youthful Indian men. In these ads, a man is always seen putting on a confident appearance, in some cases comes to be a victor, but often humiliating himself. These subtle situational comic scenes in TVCs are a portrayal of the sort of stories an average Indian would narrate to his friends over a drink, making this campaign very much relatable. On top of this, there is a sarcastic Jagjit Singhesque ghazal that plays the whole time (“Pyaar ki raah mein chalna seekh…”) adding a tragicomic feel to the whole campaign. This is truly a case of advertising at its best! Creative Agency – Ogilvy & Mather Creative Directors – Ajay Gahlaut and Nitin Srivastava Brand – Seagram’s Parent Brand – Pernod Ricard
Categories: Digital Marketing / Social Media
Tags: advertising digital marketing 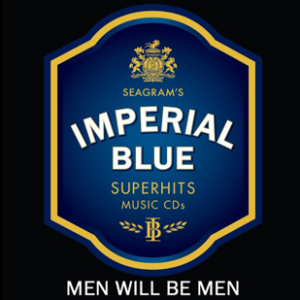